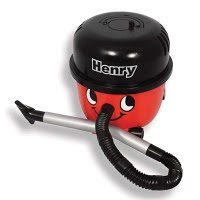 Like when my sad little shrink tells me that loving my step-aunt Liz was something that should never have been--like German Jazz. But I always saw it as two intelligent, consenting adults enjoying each other's physical fruits.

I had a buddy back in Jersey, Stevie McRae, that always--always--said dumb shit.

Stevie's magical gifts were wonderful, guilt-free entertainment for Mankind.  And even though he left this earth after choking on a nickel, he's in a better place now, waiting for his sweet musical prince, Bob Seger, to join him in forging a loving eternity up amongst the stars.

So, in honor of my boy Stevie, and to provide some free entertainment to you, I submit the Ten Five Most Idiotic Things I've Ever Heard Said (Live): Like the Black Eyes Peas told me, Awesome talk, ahem!

1. Ed Belzer, circa 2002: My bud Ed has these enormous, aircraft carrier feet--size 13--and one day his "maybe" lady Jess, who I considered a poor man's Kathy Griffin, flashed him a naughty smile and said "Oh, you do have big feet.  You know what they say about big feet." How does slick respond? "I've heard about that big feet equals big wiener thing, but it's a total myth. I'm hung like Herve Villechaize." I almost vomited.

3. Alexis Norris-Wayne, circa today: "Oh my God, that New Bad Habit site is so lame. Kylie from Delta Upsilon told me it rocked, but she's a Xanax Queen who thinks Seth Rogen is the next Cary Grant and is sleeping with her Econ T.A. from Swaziland, so shame on me. I'm going to drop that website like an old bad habit."  Hey, Lexi...I can't wait for the 10 year so I can see you and that beautiful 75 pound fraternal twin who lives around your waistline.

4. Mrs. Barbara Lewis aka my Branch Manager Jay Lewis' Mom, circa 2007: "I know you think that you can bed me with your rapier wit, strong jaw and perfect shoulder to hip ratio, but I'm a happily married woman, who is deeply in love with her devoted husband and can't just be charmed nude by every five dollar, Faberge Lothario that shakes his groin in my direction."  Please don't still be angry with me, Jay. And I'd really prefer it if you'd call me Dad now.

5. Phil Knight, Nike CEO, circa summer 2009: "Forget making billions on the backs of 11 year old Cambodians, having my man Tiger on the team is like captaining my own federal reserve bank. Nothing can derail that kid.  He's more focused than an electron microscope on Phenotropil."  Phil, he had three billion dollars and a penis. It was really only a matter of time.

Posted by Denny DelVecchio at 6:46 PM

Labels: Hasselhoff, I Respect Your Mother, The Plane The Plane, Vaccums Are Your Friend

you're a $5 faberge lothario yourself.

I'll never look at a vacuum the same way again.

I'm at least a $7 Faberge Lothario.