Eds. Note: This is the 13th installment of our ongoing series of guest appearances by cultural heavyweights.


Hello, bitches and bitchettes. Dunkleman here checking in with my peoples all across the world who are, byes the ways, the best goddamn fans in all said world. Much love from BD1.

When I'm not totally being ogled on the street by well-wishers and hoes that want to get all up on my jock, I'm keeping busy with TONS of new projects, including a spec romantic dramedy I'm shopping for a Lifetime Movie based upon my last season on Celebrity Fit Club. Makes Precious look like Yo Gabba Gabba.

We're just looking for the right director now. Don't want to drop any names *Ahem, Brett Ratner* but let's just say I wouldn't go and cancel that subscription to Variety yet just 'cause Papa Dunks hasn't been in there for a spell.  Trust a brother on that.

What? Ryan Seacrest? That cum-guzzling roadwhore couldn't drink the warmed over Keystone streaming down my ass crack on any given Sunday night in the back room of Baker's Brewpub in Studio City. Not as long as B-Dunks is running the open mic night.

I wouldn't trade places with that cocksmoking he-goblin if I were offered $100 and three hits of street-grade Angel Dust. No way. Especially not unless you have some on you right now.

While Skeletor's sexting with 9th runners up from Season 6 of Idol, I have my pick of the litter in the line outside of the 8 pm Groundlings show--after I tell them I hoste(ed) American Idol and then flash them my vocational driver's license and one additional form of I.D., perhaps a Sam's Club card. Or maybe I blow their mind with my Swiss Colony Yodeler of Savings creds.  Either way, they'll usually let me bounce in and kick it with them most of the night. Welcome to the O.C., bitch.

Oh, you still think I regret leaving Idol? N-word, please. Did you get a third read for the part of Cabin Boy #2 in the BBC remake of Moby Dick? How about serving as the understudy to Geoff the Pizza Jerker in the 2006 reboot of Black Chicks White Dicks? Or secure a callback as Pleasant-Looking Guy in Bathtub Next To Moderately Attractive Wife in the new Cialis masterstroke? No?  Really? Then I guess you also didn't get the part of guy who gave a sweaty tugjob behind a Culver City Carl's Jr. for meth money last week.

Didn't think so. Because you're name isn't Brian Dunkleman.

But this guy's is. And he's about to blow it all up, yet again.

Out,
Brian Dunkleman
Posted by Denny DelVecchio at 8:38 PM 16 comments:

Labels: But Isn't The O.C. Orange County Which Isn't L.A. County?, Costco Is Much Cheaper, I'll Take The 4 Hour Boner Please, Someone Still Has Feelings For Abdul

Papa's coming home soon. Don't fret, and keep a fire in the hearth.

From The Bag Of Tricks: Train In Vain (Regress #13)

I care not what grim personal or emotional depths you are currently plumbing.

It doesn't matter how soul-crushingly bleak your already rawboned lovemaking prospects have become.

And I won't judge you simply because you spend most of your free hours in the musty crawlspace above your ex-girlfriend's apartment bedroom.

Because despite all of these lamentable human conditions, you're George Timothy Fucking Clooney compared to the bastard love child of Sandy Cohen and Dylan McDermott-looking, cleanse my ears with sulfuric acid sounding, Dark Angel Lucifer-spawned, mortal sin against humanity and all things sacred and holy better known as Train.

Labels: Are, Burning, Eyes, My

From The Bag Of Tricks: My Favorite Fan (Advance #30) 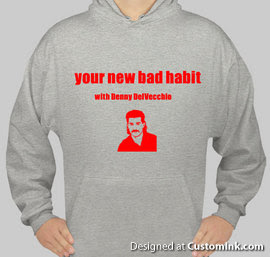 Surely you must know by now that you're my favorite fan.

You have the body of a young, female Eric Nies, and a beguiling way that hasn't been seen since Drew Barrymore led our hearts and libidos astray back in 1992.

And you understand me.  I won't soon forget that. Some wouldn't make much of your two visits to this site totaling 7 minutes over a four week period, but to me you're a shimmering angel of light.

Your lover said they'd leave if you didn't stop worshiping prostrate at my feet.  You swung open the door for them to exit your life forever. That's Denny's brave girl.

Your parents told you that you were no child of theirs. You smiled and cheerfully revealed to Grant and Renee that Your New Bad Habit was nothing compared to how you had made Def Leppardian love to Shaun DiLoretto three times in 37 minutes last year--in their marital bed.  You left them, mouths agape, and moved into the efficiency apartment of your dreams.

The South Dakota State University women's hockey team abandoned you. Did my special princess frown? Not that little fighter. She drove her Zamboni of Pride away from the rink without looking back. And her old squad lost the next night to Mankato State 12-2. In your face, ice harpies!

I will never forget you, favorite fan. A Your New Bad Habit hoodie (see above) and Season 1 of The Ropers on DVD have already been dispatched. 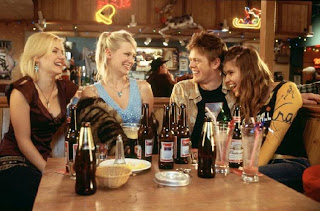 Love to you all from Denny Dance, somewhere in this Godforsaken Dairyphile land, where football teams score 83 points and Denny scores even more.

Labels: A Little Young For Denny's Taste, Love Me Some Kim Bauer, That Was Quick, You Belong To Me I Belong To You

Regress #52: Good Bye For Now (Denny's Been Transferred to Wisconsin)

It is with a touch of sadness, my virulent DelVecchians, that Denny Dance must now share with you some unsettling news.

That fussy little ladyboy that calls himself my boss, Easy Ed Verhowski, has transferred me to a new position in Kenosha, Wisconsin, effective immediately.

While I remain skeptical that Kenosha is a real city and Wisconsin is a real state, I must abide by the rotund dicklord's orders.

Now the real problem--complete relocation and new digs that may or may not have what some people are calling "the internet."

So I will bid a humble good-bye to you all.  Not forever, but for now. I hope to be back online and deep into your panties by Christmas. I'll try to check in on Facebook when I can and, yes, I will continue to reply to all fanmail and tit-shots at my personal email address, dennydelvecchio@gmail.com.

Denny would still lovingly impregnate you all at a moment's notice. Let that fact keep you warm when the cold winds blow.

Labels: Good-Bye Denny, He's Done, Isn't Bankruptcy Easier?, Stick a Fork In Him, They All Say They'll Be Back

From The Bag Of Tricks, Fucked Up Election Edition: Missing Your Demographic (Regress #12)

Although sure to make you drop and do the booty wop, this jam is the harmonic equivalent of assigning Your New Bad Habit as required reading for the Hutterian Brethren.

It certainly would have been insightful to have been a fly on the wall at the Mensa convention where this political masterstroke was conceived.

Such an endeavor is simply too important to leave in the hands of amateurs. Had I been in charge, I would have leaned toward a significantly more old school joint.

Labels: DMX Would Have Made This Interesting, Drop it Like It's Hot, Everybody say ho, Opening Act: White Zombie 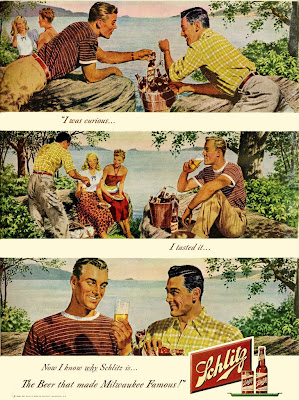 But, from time to time, I still managed to shake a couple loose for Denny when the old man was passed out.

Labels: Beer Tastes Like my Dog's Ass, Glamorous, Leaving The Wives At The Campsite, Tucking

From The Bag Of Tricks : Tell Them The Truth, Progressive Flo (Regress #19)

There are actually human beings--or very close--who choose to believe that you're an auto insurance huckster rather than a Lucifer-spawned Emissary of Perdition.

And putting that small detail aside for a moment, I can still think of several entertainment industry namesakes who have comfortably exceeded your level of "Flo" realness.

Your Revlon Lot Lizard Luscious lip paint and Rocky Horror Transvestite eye shadow only further suggest your true identity as one of the Beast's earth-stationed minions. I half expect a 1-900 number to start crawling across the screen offering your carnal services to the sad and lovelorn roaming the Church of Satan.

What's crystal clear is that you're going to fail in your lurid quest for our souls. You can take that to the bank.

Denny intends to stop the legions of misinformed, cartoonish disciples from believing that you're something you're not.  And make no mistake, you cloven-hoofed shill--they will learn the truth.